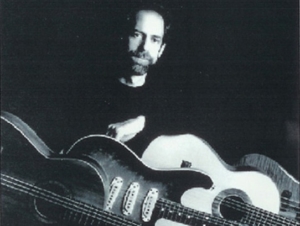 Since beginning to play the guitar at the ripe old age of 11, Mark has gone on to a professional career playing both guitar and bass in a variety of styles and venues.
Having performed with such notables as the Tucson Symphony Orchestra, Rick Braun, Euge Groove (Tower of Power) and Ellis Hall (Earth, Wind & Fire and Ray Charles), Mark has had the opportunity to play with some world class acts here and abroad and especially at Lydia’s Cafe in Stone Ridge, New York where he and his wife, Roni have owned and operated off and on since 2005.
Mark is a graduate the University of North Texas School of Music where he studied theory and composition.